Working for Lewis & Hickey Architects CiD were asked to create the Environmental Graphics for the London 2012 headquarters in the Docklands, following the successful 2012 London Olympics bid. CiD developed designs following the theme of the successful advertising bid campaign and created 22 separate supersize wall graphics, which transformed the central core of the building to an upbeat and inspirational environment in which to work. Quotations from visionaries such as Nelson Mandela and Seb Coe were included on meeting rooms and offices to extend the theme throughout the entire workspace. 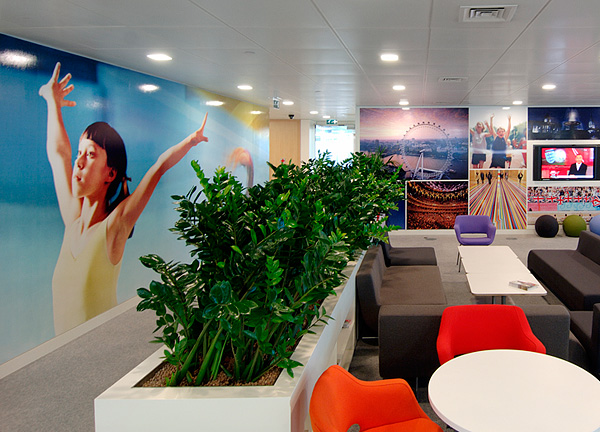 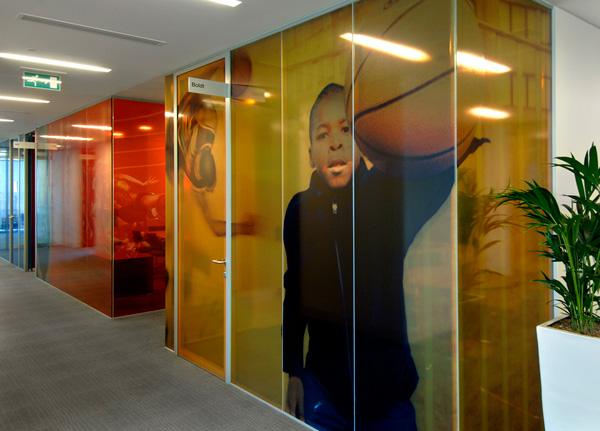 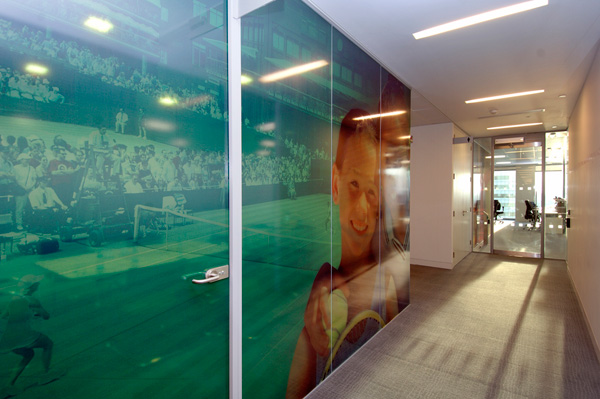 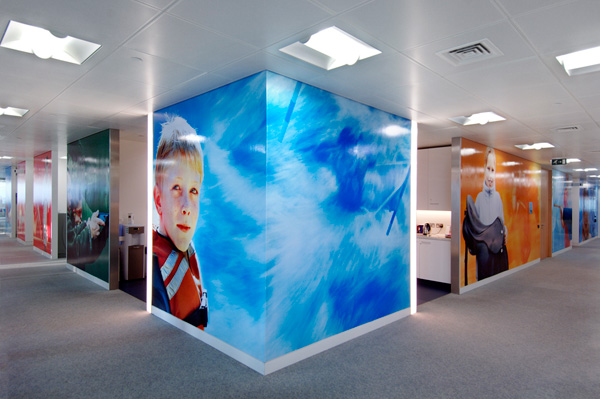 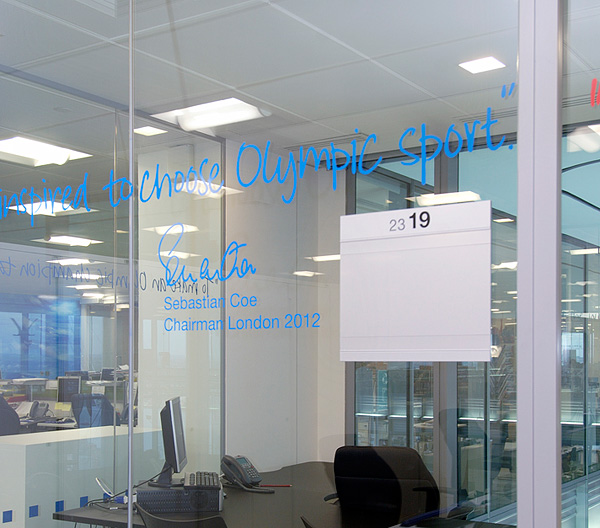 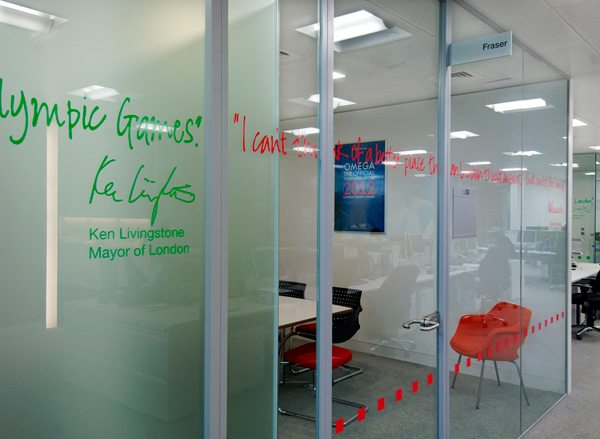